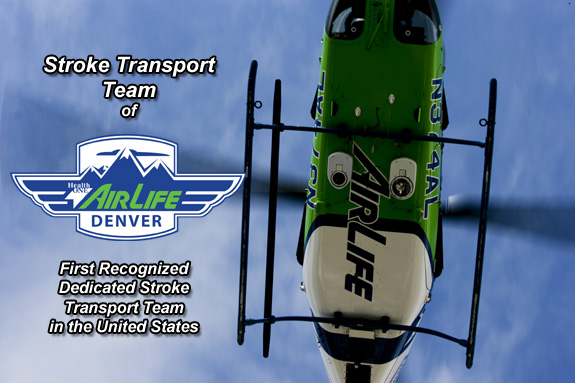 The Stroke Team service is based upon three tenets:

Through Collaboration with the agencies, facilities and physicians in our service area, AirLife Denver has established stroke transport service throughout our 8-state region via ground, fixed wing or rotor wing service. Most notably, our collaborative efforts with the surpassing treatment and care of stroke patients provided by HealthONE's Swedish Medical Center in Denver contributed to AirLife Denver receiving the AAMS Program of the Year award in 2010.

Thanks to strong and constant Communication with the emergency agencies, facilities and medical staff throughout the Rocky Mountain region and surrounding states, AirLife's Dispatch Center coordinates stroke patient transports smoothly and adeptly for the most timely and appropriate response in the vital minutes following diagnosis.

AirLife Denver's Stroke Team is also unique in Education by requiring every single member of our flight nurse crew to be NIHSS certified. 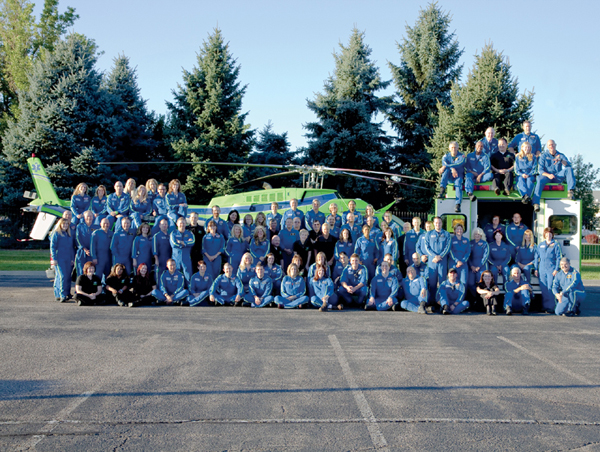 Thus every flight nurse on every shift is professionally and specially educated for transporting stroke patients. Since the Stroke Team's inception in 2006, stroke education for our medical crews have increased five-fold.

Other notable accomplishments by AirLife Denver's Stroke Team are: